Official Fukuoka City LINE Account!
It's got you covered.

*The sticker delivery period has ended.

When should I put out my trash? Is there a day care center near here? What do I do in case of a natural disaster? If you have questions like these, then surely you want answers. Official Fukuoka City LINE Account has got you covered! The linkup between Fukuoka City and LINE services now boasts more than 1.6 million registered friends (as of Dec. 2018). It functions as a communication network connecting the Fukuoka City government with citizens and those coming from outside the city for school or work.

Why did you decide to make this feature?

The Official Fukuoka City LINE Account was created on Apr. 25, 2017. Since then, various checks have been run on it in order to test the limits of the system as well as to further understand users' needs. Using the LINE app, people are now able to easily get information on disaster prevention, trash disposal, raising children, etc., based on their specific needs. As more and more people began using it, we decided to take things further and make it truly official.

Get just the information that you want! Information about disaster prevention, trash disposal, raising children, municipal news, and notices all based on your location!

From the talk screen, tap "What are you looking for?" and then tap the Select buttons of the categories you'd like information about. You can choose from disaster response, trash collection schedules, raising children, municipal news, and notices. Finally, tap the subscribe button at the bottom, and you'll receive information and updates on those subjects from now on via LINE.

Why should I use it?

The Official Fukuoka City Account was established as a means to better the communication of information in Fukuoka City. In response to a survey about user satisfaction, 80% of respondents praised the feature and claimed to be either satisfied or mostly satisfied.

Get the information you want! From disaster prevention to trash collection and raising children. It's all here. 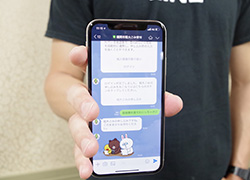 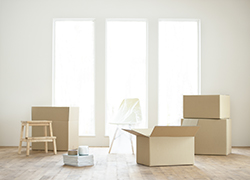 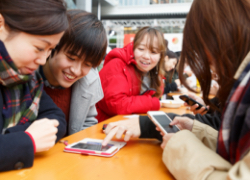 Get out of the line and get into LINE! LINE can take you from order to payment and beyond!